What’s Ahead for U.S. Electricity Demand This Winter?

What’s Ahead for U.S. Electricity Demand This Winter?

Via The Morning Consult:

The 2018 winter was rough. A “bomb cyclone” struck much of the eastern United States in late December and early January, plunging major cities into a deep freeze.

Overall, it was a particularly cold season, and power demand rose considerably for home heating. With autumn now taking hold, some are wondering if a similar winter lies ahead in 2019.

There are conflicting predictions for the coming season. The National Oceanic and Atmospheric Administration believes an El Niño could form late in the year — leading to a warmer, wetter winter. However, the Farmers’ Almanac is forecasting “teeth-chattering” cold in the winter months.

Everyone always hopes for a mild winter. But as the old saying goes, “No one knows the weather.” If the Farmers’ Almanac is indeed correct, and another tough winter is coming, just how prepared is the U.S. power grid for the ensuing surge in electricity demand?

If last winter is any indication, the nation’s power grid could be surprisingly shaky. That’s because the dismantling of key baseload power plants — including roughly 115,000 megawatts of coal capacity since 2010 — has reduced the sturdiness of the overall power grid.

Ironically, coal is still proving to be critically important. According to the Department of Energy, coal plants ended up carrying most of the eastern U.S. power load last winter, during a spike in demand due to bitter cold.

The DOE explains that both coal and nuclear power plants are able to store long-term fuel supplies on-site — which allows them to run nonstop for long stretches of time. The “fuel security” they offer is particularly important when natural gas pipeline capacity can’t keep up with soaring demand for both home heating and power generation. At the peak points of last winter, some natural gas power plants were forced to shut down due to gas shortages — with coal plants stepping in to pick up the slack.

The DOE reports that coal plants provided 55 percent of incremental daily U.S. power generation during the 2018 cold snap. And coal maintained the “most resilient form of generation,” delivering three times the incremental power production of natural gas and 12 times that of nuclear units.

There is undoubtedly a growing shift toward natural gas for much of the nation’s electricity production. And this winter could see more utilities relying on natural gas. But the U.S. Energy Information Administration is reporting the lowest end-of-October level for U.S. natural gas inventories since 2005. The EIA explains that lingering cold temperatures in April 2018 — the coldest April in the past 21 years — delayed the start of the natural gas storage refill season by roughly four weeks. Storage levels have subsequently remained lower than the previous five-year minimum.

It’s not just low levels of natural gas storage, however. There’s also the question of pipeline capacity, a challenge that may worsen in the near-term. Demand for natural gas — from new power plants, industrial projects and export terminals — is simply growing faster than the pipeline network needed to transport it.

Although no one fuel source can be counted on to carry all of the nation’s electricity needs, last winter demonstrated why coal still plays a much-needed part in America’s overall energy mix. 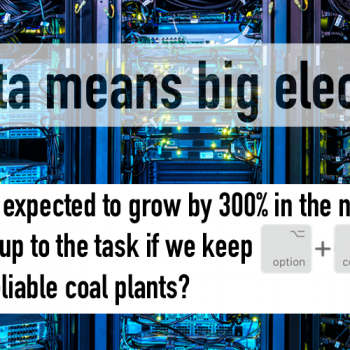 A Return to Reason…and the Law 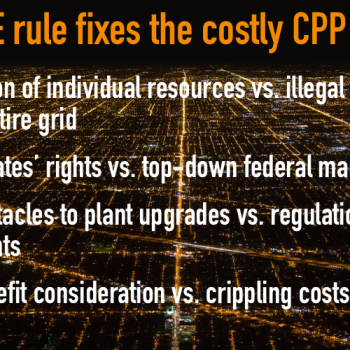