The design of the nation’s largest wholesale electricity market is contributing to the loss of fuel-secure electricity resources, while encouraging reliance on pipeline-dependent and intermittent resources, the National Mining Association (NMA) said in comments submitted to the Federal Energy Regulatory Commission (FERC) earlier today. NMA’s comments support a properly expanded Minimum Offer Price Rule (MOPR) and the establishment of a market-based mechanism for valuing fuel security.

“Coal-powered plants are retiring at an alarming rate and, to date, nothing has been done to prevent the potentially disastrous loss of our most resilient fuel source,” said Hal Quinn, NMA president and CEO. “Now is the time to put in place a market-based mechanism that values fuel security. A balanced, fuel-secure electricity mix is the strength of the U.S. electric grid and, without action to properly value fuel security, we are poised to trade reliability and balance for over-dependence on intermittent fuel sources and natural gas pipelines.”

A recent study conducted by Energy Ventures Analysis (EVA) for NMA found that the cost to consumers of premature retirements of coal vastly outweighs the cost of supporting continued operations. The study also found that, during periods of extreme cold weather when natural gas supplies are strained from competing power and heating demands, coal is the only source of resilience for the grid.

Almost 40 percent of the coal fleet nationwide has retired or has announced plans to retire since 2010. In ISO/RTO regions, almost 63,000 megawatts (MW) of coal-fired generation will have retired by 2020, with some 17,900 MW expected to retire over the period 2018-2020. Among these regions, PJM Interconnection has the largest amount (32,400 MW) of coal-fired capacity that has retired or is retiring.

Flawed market rules – chief among them being price suppression caused by out-of-market support – are responsible for some of these retirements. In PJM alone, the Independent Market Monitor estimates that up to 21,000 MW of coal-fired generating capacity are at risk of retiring because they are unable to recover sufficient costs to operate. States within the PJM market subsidize or are expected to subsidize as much as 14,100 MW of nuclear generation, offshore wind and other renewables.

As the Commission is aware, the nation’s coal fleet possesses a number of attributes that are essential to maintaining a reliable and resilient electricity grid. Fuel security is one of these attributes. Fuel security is essential to resilience because it enables the grid to absorb and recover quickly from manmade or natural disturbances that could have severe, possibly catastrophic, consequences. The coal fleet provides fuel security by maintaining large stockpiles of coal at each power plant. Over the past five years, coal stockpiles have averaged 75 days of burn for plants using subbituminous coal and 81 days of burn for plants using bituminous coal.

NMA believes that basic market flaws could be addressed head-on by revising PJM’s market design to value attributes that should be valued. Fuel security is critical to resilience and national security, but its implicit market value is zero. That security could, however, be valued in the same manner PJM values other services and attributes. Two options follow.

Fuel-Secure Capacity Auctions. Resources could qualify to participate in a newly created auction for Fuel-Secure Capacity (FSC) by guaranteeing that fuel will be available for a requisite number of days. On-site fuel supplies that can last for the required number of days would qualify as a guarantee of fuel availability. Resources would offer capacity and clear first through an auction conducted solely for FSC resources. Next, the FSC resources would offer capacity as they do now and clear again through the existing RPM auction. A resource that cleared both markets would be paid the higher of the two clearing prices. Regardless of whether an FSC resource clears the regular capacity market, its capacity would still be purchased if it clears the FSC auction.

The comments, which were submitted jointly with the American Coalition for Clean Coal Electricity (ACCCE), respond to FERC’s July 2, 2018, “Notice of Institution of Section 206 Proceeding and Refund Effective Date,” and its June 29, 2018, “Order Rejecting Proposed Tariff Revisions, Granting in Part and Denying in Part Complaint, and Instituting Proceeding Under Section 206 of the Federal Power Act.”

A Playbook on What Not to Do 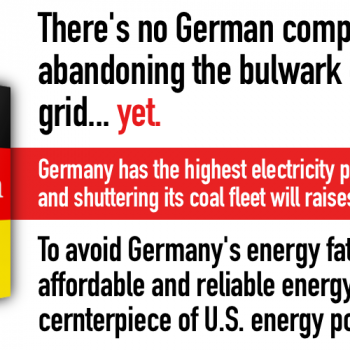 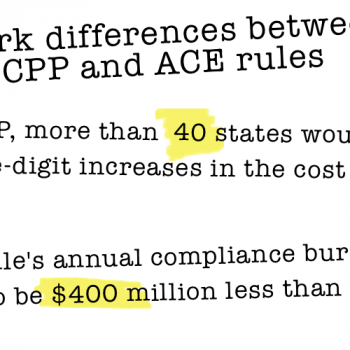