Via The Richmond Times-Dispatch:

An argument increasingly heard these days is that coal, largely because it is carbon-rich, should be decreased compared to most other energy resources. However, coal still plays an important role in Virginia since coal and natural gas each supply 27 percent of the state’s electricity, while nuclear power accounts for 39 percent of Virginia power.

One more data point: Germany had planned to focus on wind and solar, but still uses coal to produce much of its electric power, based on advanced and cleaner coal plants.

My own view is that natural gas is currently the preferred fuel to produce most of America’s electrical power; simply put, gas is the best combination of a clean and cost-effective fuel. However, there are reasons why natural gas is still less than 50 percent of power fuels used in Virginia and many other states.

There are about a half-dozen competitive energy resources, all of which have significant pros and cons. For example: Natural gas requires costly and hard-to-locate pipelines; coal can be stored onsite where the power is produced; nuclear plants take decades to build but produce almost no emissions; and clean renewables need backup energy when wind is not available or the sun is not shining.

Perhaps most important is the ongoing need for competitive fuels to keep electrical costs under control. Stated differently, if we have only one or two major fuels available, guess what happens to energy costs for consumers.

Another aspect of various fuels refers to “dispatchable power,” which has to do with power systems that can be quickly turned on or off as needed. One example could be coal stored at power plant sites to expedite the use of electric power when needed.

We sometimes need to deal with major storms like Hurricanes Florence or Michael, necessitating quick availability of more electricity.

Another example: In 2014, a polar vortex plunged many parts of the Midwest and East Coast into a deep freeze. Fortunately, electricity companies were able to keep the grid up and running because the area had a diverse mix of emergency resources, including coal.

As some communities are learning, the cost of shutting down coal plants is greater than keeping the plants available in case they are needed. A recent case study from Energy Ventures Analysis determined that the cost to consumers of premature coal plant retirements is more than the cost of supporting continued plant operations.

We need better ways to safeguard our fuel diversity, rather than trying to figure out what to do in an unexpected power shortage. If power markets properly value the beneficial attributes of today’s electricity mix — including the resiliency provided by coal units — the markets will ensure that coal and other fuels continue to be available.

As energy planners and Scouts might say: Be prepared. 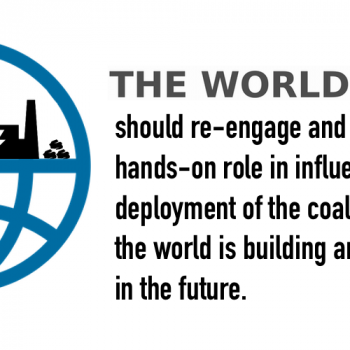