The CPP replacement, called the Affordable Clean Energy rule, would give states guidelines for how to reduce their coal plants’ carbon dioxide emissions, mainly by making them more efficient. States would be given wide latitude in formulating plans as they see fit.

With no minimum or maximum standards set for carbon emissions under the new rule, critics fear the plan will do little to thwart air pollution and climate change. Republicans, on the other hand, have largely cheered the proposal as ending the Obama-era “war on coal.”

Both the power plant and car proposals were opened for public comment in August, and comments are due in October, barring a decision to extend the time period. Officials would then have to read through the comments and make necessary changes before making the rollbacks final.

Despite new leadership at EPA following controversial former chief Scott Pruitt’s departure in July, the agency is expected to continue to carry out a Republican agenda that favors deregulation and the fossil fuel industry — namely coal.

Looking forward, the agency under EPA Administrator Andrew Wheeler is likely to soon formally propose a new “Waters of the United States” (WOTUS) rule, which would redefine which small waterways, like ponds and streams, are under the federal government’s jurisdiction. The 2015 rule asserted federal power over many small waterways whose protections previously weren’t clear. But the agriculture industry and others argued the rule gives regulators too much power.

Trump promised changes to the rule dating back to his presidential campaign and in January the administration formally suspended the rule in anticipation of a new proposal. In June, the EPA and the Army Corps of Engineers sent their new water rule proposal to the White House Office of Management and Budget for review, but no formal rule has since surfaced. In August, however, a federal court disputed the government’s ability to suspend a rule without a replacement, reinstating WOTUS in 26 states until a new rule can be implemented.

The Interior Department has similarly been busy over the summer months, with the Fish and Wildlife Service rolling out a proposed rule that would change the way the federal government implements the Endangered Species Act. The controversial rule, announced in July, has largely been panned by animal rights and conservation groups who fear the administration is wrongly focusing on the price tag of species conservation efforts rather than the consequences of extinction.

However, logging, fossil fuel and private landowner representatives are in support of the proposed changes that aim to make it easier to remove species from the endangered list and weaken protections on species listed as threatened. Comments are due Sept. 24.

All of the action this fall won’t be at the administration. On Capitol Hill, GOP lawmakers are carrying out their own efforts to reform the Endangered Species Act.

Sen. John Barrasso (R-Wyo.) introduced draft legislation in July to overhaul how species recovery is overseen. Barrasso told The Hill the final bill will be formally introduced in the fall.

The House’s Western Caucus also rolled out a package of bills in July that covers a wide range of issues including easier removal of endangered species protections and curtailing lawsuits from conservationists. The House could take up the bills this fall.

Additionally, Interior is hard at work to increase oil and natural gas drilling on a number of fronts.

The agency is endeavoring to hold its first auction for drilling rights in Alaska’s Arctic National Wildlife Refuge next year and is currently pushing through the environmental review process. The controversial sale is mandated under a GOP tax bill that passed last year; it requires two drilling rights lease sales over the next 10 years.

The department is also working to implement its plan to expand offshore drilling in federal waters. Interior Secretary Ryan Zinke proposed in January to allow drilling along the entire Atlantic, Pacific and Gulf of Mexico coasts, and around Alaska. The plan has faced significant pushback from Atlantic and Pacific states, though the oil industry wants the ability to at least explore those places for potential resources and has been lobbying for the right to probe the regions. Many environmentalists oppose even basic oil probes, fearing they could disturb habitat.

The next step in the process is for officials to refine Zinke’s January proposal and remove any areas that Interior determines would not be appropriate for drilling. 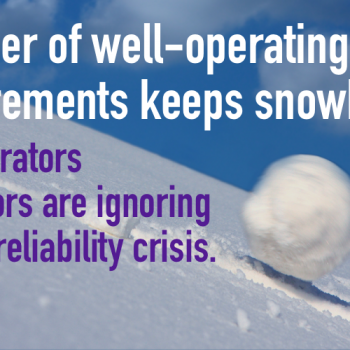