Trump Set to Roll Back Restrictions on Coal-burning Power Plants

The Trump administration is escalating an effort to revive the flagging U.S. coal industry with a planned move next week to replace restrictive Obama-era climate policies with new rules designed to help coal-burning plants run harder and stay open longer.

The proposed new rules, which the Environmental Protection Agency plans is expected to release within days, would be the latest in a series of reversals of policies the Obama administration adopted to slow climate change. It would replace the agency’s so-called Clean Power Plan for the electricity business with regulations that cede power to states, and could ultimately lead to more heat-trapping gases going into the atmosphere even as it sets parameters to boost efficiency at coal-fired power plants.

President Trump has repeatedly promised to support coal, an industry beset by a shrinking customer base, competition, falling prices and bankruptcies; the plan may be his administration’s most ambitious effort yet to kill regulations on coal’s behalf.

And yet plummeting costs of cleaner fuels including natural gas, wind and solar in recent years have driven consumers and power companies away from coal so dramatically, they may blunt the proposal’s ultimate effect.

The Trump administration proposal would have to be submitted for a public rule-making process before taking effect. It would apply to the power industry at large, but is firmly targeted at coal.

Senior administration officials familiar with the proposal say it outlines technology that coal-burning plants can employ to produce more power from less fuel. It would also eliminate triggers that would mandate overhauls at plants, a rollback to encourage coal-burning units to make smaller improvements, which could extend the profitable lifespans of those plants by many years. 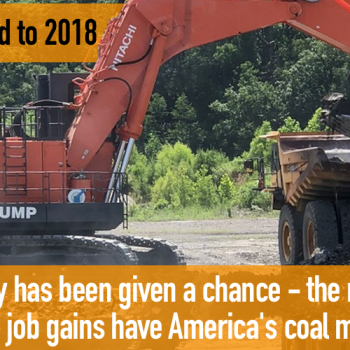