Coal Retirements Could be Devastating for Grid Resiliency and Consumer Costs

Coal Retirements Could be Devastating for Grid Resiliency and Consumer Costs

Via The Casper Star-Tribune:

The loss of so much baseload power—and its replacement with less reliable and often intermittent capacity—is cause for deep concern. The reliability and security of our electricity grid, the very foundation of our economy, is in jeopardy. But the unchecked erosion of baseload capacity also raises serious questions about the costs of this change for consumers.

While wholesale electricity costs have actually fallen in some regions of the country over the past few years, it appears we are reaching a tipping point where a further loss of coal and nuclear capacity—and the energy diversity it brings to the grid—could impose a huge financial burden on consumers.

The study shows that the cost of retiring these three at-risk plants would be fifteen times higher than providing support to keep them on the grid. The cost in higher prices from premature retirement would exceed $2 billion per year. Conversely, the annual support needed to keep these plants on the grid would total just $130 million, with net savings to consumers exceeding $1.9 billion annually.

While EVA’s study examines only three plants in the PJM market, there are clear warning signs about what further coal retirements will mean to consumers nationwide.

Inaction to preserve baseload power plants could push tens of billions of dollars in additional energy costs onto American consumers, while the reliability of the nation’s power grid deteriorates. A misstep of that scale could have profound impacts on our economy. For example, consider that higher prices at the gas pump this year have already eaten away 40 percent of the benefits from recent tax cuts.

While it’s important we understand the cost of inaction on consumers, we can’t lose sight of the fact that coal plants are our most resilient sources of power. Not only do they offer on-site fuel security, but they carry the heaviest burden when energy demand spikes during extreme cold.

Wind and solar power are intermittent sources of energy, meaning they generate power only when conditions are right. Nuclear power plants, while reliable, run full-out all the time. They can’t ramp up additional generation when demand spikes. Natural gas plants are fantastic at ramping up and down the amount of power they generate, except during periods of peak demand in the winter—the period that is the litmus test for resiliency.

During the bomb cyclone winter storm that raked the east coast this past winter, half of the region’s natural gas plants couldn’t run because heating demand had swallowed gas supplies. Coal plants were far and away our largest source of resiliency when it mattered most.

As EVA’s study makes clear, the cost of not taking action to preserve our baseload coal power plants is far greater than providing them with needed support. The U.S. Department of Energy should act now to bring needed balance to electricity markets before consumers bear the full brunt of a reliability and resiliency crisis. 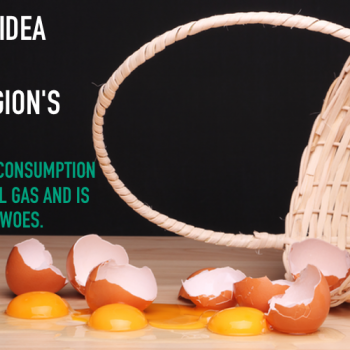