Via The Daily Sentinel:

Anyone who thinks this country no longer faces the threat of runaway energy prices should consider that almost 115,000 megawatts of “base-load” electricity-generating capacity from coal plants has been shuttered since 2010 — and replaced largely with natural gas. Several nuclear plants have also closed due to competition from natural gas. Today, more than 70 percent of the electricity in California, Texas, Florida, and New England is produced from natural gas. A few states are entirely dependent on natural gas.

Consequently, there is a risk of serious trouble. Gas is relatively cheap now, but there are no safeguards in place to prevent price volatility.

The reality is that a plausible scenario exists where growing exports of U.S. liquefied natural gas (LNG) begin to link U.S. gas prices to a global market with an insatiable appetite for natural gas. But America’s natural gas exports — which were hard to imagine less than a decade ago — are now climbing. LNG tankers from Louisiana are passing through the Panama Canal for destinations around the world.

And that’s only the start. Two LNG export terminals are up and running. Four more terminals are expected to come on line in the next two years. By then, the U.S. will be the third-largest LNG exporter in the world — behind Qatar and Australia — shipping out 9.6 billion cubic feet of gas daily. Still in the works are four other terminals that have been approved by the Federal Energy Regulatory Commission but are not yet under construction. And all of this is in addition to 11 terminals that have been proposed and are pending approval. As the Industrial Energy Consumers of America has pointed out, the Department of Energy has approved export volumes equal to almost 70 percent of 2016 U.S. natural gas demand.

Given the magnitude of these exports, the U.S. Commodity Futures Trading Commission recently warned there is “the potential for domestic natural gas markets to become subject to global supply and demand dynamics with the potential for increased volatility.”

Because energy diversity is the best safeguard against gas price volatility, Energy Secretary Rick Perry wants to save struggling coal and nuclear plants — and he has President Trump’s support. Maintaining a mix of energy sources for America’s electric grid would be prudent insurance against a possible spike in natural gas prices that could come at any time.

A reliable supply of base-load electric power is crucial for our economy and to protect consumers from the destructive effects of wide swings in gas prices. Saving coal and nuclear plants is an essential part of the solution.

The administration must act quickly and decisively while there is still time to prevent gas prices from rising to levels akin to those last seen during the oil crisis of the 1970s. Without action, we face a continuing threat to our energy security and economy, and more bitter political recrimination to assess blame.

The World is More Uncertain Than You Think 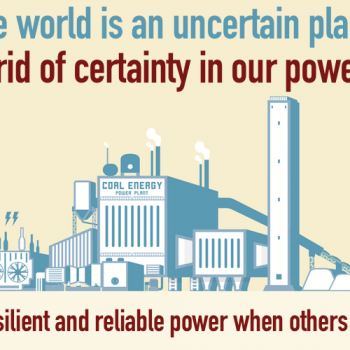 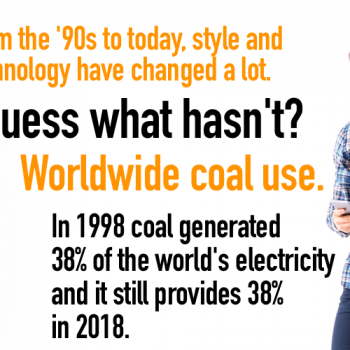