According to the agency’s summer assessment, ERCOT faces a generation shortfall “due in part” to the retirement of about 4.5 GW in coal-fired generation last fall and construction delays of about 2.1 GW in new resources. California is facing a limit on natural gas output due to Aliso Canyon storage facility constraints, NERC said.

“It’s very important to focus on the operational aspect,” said Thomas Coleman, NERC’s director of reliability assessments, during a conference call with reporters Wednesday. “We can’t do much at this point [about resource adequacy]. We want to draw attention to how we are prepared … from an operational standpoint.”

FERC earlier this month said it would be closely monitoring ERCOT and Southern California for reliability issues this summer. Both regions lie in a portion of the Western United States expected to be warmer than usual. (See FERC Keeps Eye on ERCOT, CAISO as Hot Summer Approaches.)

“Any one of those events would drop [ERCOT] below its operating reserve margin” (of 2.3 GW) and lead to energy emergency alerts,” Coleman said, noting that operational challenges occur during times of peak demand, low wind output and generator outages.

“When we don’t have the wind available, those are the types of scenarios we want to pay attention to,” he said.

NERC’s study finds the risk of load shedding caused by insufficient reserves in ERCOT’s footprint would increase under extreme summer conditions, such as above-normal temperatures and higher-than-expected generation outages.

However, the Texas grid operator has assured stakeholders there is no reason for alarm and said it plans to address the projected generation shortfall by seeking voluntary load reductions from utilities, if needed. (See ERCOT Gains Additional Capacity to Meet Summer Demand.)

Asked about a repeat of severe weather, as ERCOT experienced last August with Hurricane Harvey, Coleman said NERC was “encouraged by the level of resilience in the system last year.”

“We’ve gotten better about handling those types of events,” he said, noting most outages occur at the distribution level and don’t affect the bulk electric system. “During hurricanes, when we have distribution outages, there’s less load, so that doesn’t necessarily pose challenges.”

“If we don’t have [the] ability to get the fuel there, we could have operational challenges,” Coleman said.

NERC said the need for fast-ramping gas generation and other flexible resources across California also presents a reliability challenge for the bulk power system this summer because of the state’s high penetration of renewables. CAISO in March set an all-time record when 49.95% of demand was served by transmission-connected solar.

The California grid declared its first stage 1 emergency in 10 years last May. In October, it activated demand response measures but did not require any load shed.

NERC’s study says MISO has a summer reserve margin of 19.1%, above its target reserve margin of 17.1%, due to increased forced outage rates. It is expected to rely increasingly on emergency operating procedures to access resources needed to meet load and operating reserves.

MISO’s actions are anticipated to provide sufficient energy or load relief to cover the normal forecasted system conditions, the agency said. Coleman said the ISO acknowledges a 79% chance it will experience at least one level 1 emergency this summer.

NERC conducts its reliability assessments to “provide a high-level view of resource adequacy and to identify issues that have the potential to impact bulk power system planning, development and system analysis over the summer months.” The summer assessment covers June through September. 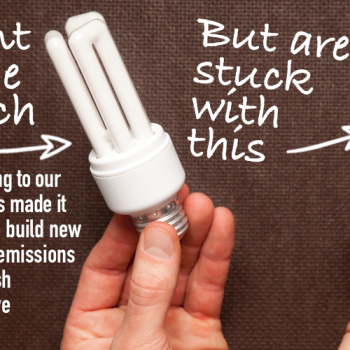