President Donald Trump vowed to make U.S. energy dominance a cornerstone of his foreign policy, and, sure enough, the United States this year is producing and exporting record amounts of oil and natural gas. More surprising, though, is the huge resurgence in U.S. exports of coal to countries all over the world, from Argentina to Ukraine. It’s a big silver lining for the beleaguered coal sector that has seen production and exports steadily dwindle in recent years.

But it’s not such great news for U.S. steelmakers, who are watching global rivals gobble up American coal to feed their steel mills — and who then turn around and export millions of tons of steel to the United States, prompting the Trump administration to levy tariffs on lots of imported steel.

After several dismal years, U.S. coal exports surged by 60 percent last year to 97 million tons, not far from the record export numbers reached in 2012 when the domestic market for coal nosedived, according to new figuresjust published by the U.S. Energy Information Administration. Exports of both the kind of coal used for power plants and coal used for steelmaking surged, with double- or triple-digit growth to every continent. The top buyers of U.S. coal were India, South Korea, the Netherlands, and Brazil.

“The kind of exports you see now, to the extent they are being driven by organic forces, that’s a healthier scenario” than in 2012, says Kevin Book, the head of ClearView Energy Partners, an energy consultancy, which just published a detailed study of how the U.S. energy boom is driving greater energy exports.

The export boom is the one part of Trump’s pledge to help the coal sector that is coming true.

Production ticked up a bit last year after a disastrous 2016 but is still at the lowest level since 1978. And despite plenty of promises to bring back jobs to coal country, coal mining employment only grew by some 1,100 jobs last year; mining employment is down about 40 percent since 2012. Meanwhile, closures of coal-fired power plants continue apace, with more than two dozen plants shutting down early last year alone, which means less domestic demand for coal.

In the rest of the world, though, coal is still widely used, and simple economics explain much of the turnaround and renewed appetite for U.S. coal. Increased demand for coal overseas led to slightly higher prices in 2017 compared with 2016, which made U.S. coal more competitive on global markets.

But it’s not just economics. The Trump administration’s energy and trade policies also seem to have helped drive a renaissance in coal exports — for now.

Reduced regulation for U.S. coal production, including fewer mine safety inspections and laxer environmental rules, has lowered costs for producers, especially in Appalachia, says ClearView’s Book. That can make pricier U.S. coal just cheap enough to warrant shipping it halfway around the world.

And Trump’s repeated calls for other countries to buy U.S. energy as a way to help correct skewed trade balances may have paid dividends, especially in Asia and Europe, Book says. On a visit to Poland last summer, Trump implored Central and Eastern European nations to buy U.S. energy, partly as a way to compensate for trade imbalances in other sectors. Polish imports of U.S. coal jumped more than fivefold; Ukrainian imports more than doubled.

U.S. coal is going to “markets where the U.S. has talked about energy exports as a trade balancer. Could there be a policy factor? I think the answer is yes, at least partly,” Book says.

The coal market has two very different pieces: the stuff that’s burned in power plants to generate electricity and the pricier, high-quality coal that many steel mills use to turn iron into steel. U.S. exports jumped in both categories last year, especially of the kind used in power plants. U.S. coal poured into places such as Spain and Poland, whose governments are promoting coal-fired electricity, and France, where nuclear power plant outages meant more reliance on coal-fired power. Countries including Japan, South Korea, and India also gobbled up big amounts of U.S. coal to keep the lights on.

A Common Thread in the Climate Change Debate 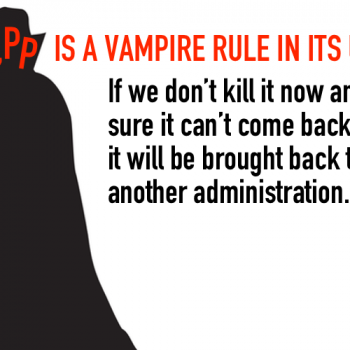