Via The Western Journal:

The Trump administration’s decision to rescind global warming regulations on power plants likely prevented more coal plants and mines from shutting down, according to government data.

The U.S. Energy Information Administration’s latest energy outlook projects coal-fired power capacity to continue to decline through 2050, but fewer coal plants will retire than if the Clean Power Plan had been left in place.

“Adoption of the Clean Power Plan or similar greenhouse gas emission restrictions by regional or state authorities results in 15 GW (gigawatt) of additional coal power plant retirements by 2030 and 19 GW by 2050 in the Reference case,” according to EIA.

Environmental Protection Agency Administrator Scott Pruitt announced last year he would repeal the CPP, which was finalized by the Obama administration in 2015.

A coalition of states, businesses and unions successfully got the U.S. Supreme Court to issue a stay against the CPP in early 2016, meaning the rule never fully went into effect.

The Obama EPA did, however, move forward with voluntary aspects of the CPP.

Environmentalists cheered the CPP, arguing it was necessary to fight global warming. But a major consequence of the rule was it would likely accelerate the closure of coal-fired plants and mines.

EIA data suggests the Trump administration’s rescinding the CPP will mean fewer plants close and the U.S. has more coal-fired power than it otherwise would have.

Without the CPP, “near-term coal power plant retirements and competition with natural gas-fired electricity generation result in a slight decline in coal-fired generation through 2022 before stabilizing at about 1,200 billion kilowatthours (BkWh) through 2050,” the EIA reported.

With the CPP in place, “coal-fired electricity generation continues to decline through 2030 to about 1,000 BkWh, then declines very gradually through 2050,” according to EIA.

Without the CPP in place, “coal production rises slightly in the mid-2020s, rising to 750 MMst in 2030 before decreasing slightly as natural gas prices increase and as renewable capacity additions slow with the expiration of the production tax credit for wind installations,” EIA projected.

Though, the industry still has a long climb. Some 60 gigawatts of coal-fired power has been shuttered in the past few years, partly because of burdensome environmental regulations.

EIA data shows a near-record amount of coal-fired power capacity is slated for shutdown in 2018. 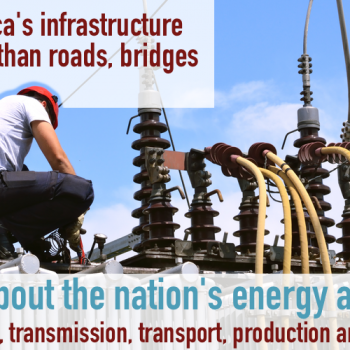