Yesterday I submitted comments on the Environmental Protection Agency’s advance notice of proposed rulemaking (ANPRM), which discusses options for replacing the Obama administration’s Clean Power Plan (CPP) with some other regulation to control carbon dioxide (CO2) emissions from existing power plants. The EPA is in the process of repealing the CPP, which was President Obama’s marquee domestic climate policy and principal regulatory component of his Paris Climate Treaty emission-reduction pledge. My comments make the case that the EPA should simply repeal the Clean Power Plan without replacing it.

In this post, I first discuss—and supplement—the ANPRM’s statutory argument for repealing the CPP. I then summarize three reasons why any CPP replacement rule would also be unlawful.

Why the CPP is unlawful

The EPA promulgated the CPP under section 111(d) of the Clean Air Act (CAA). According to the ANPRM, the CPP exceeds EPA’s authority under that provision. CAA section 111(d) emission performance standards are supposed to reflect the “best system of emission reduction” (BSER) that has been “adequately demonstrated,” taking into account “cost” and the “remaining useful life” of each “source.” The statute defines “stationary source” as “any building, structure, facility, or installation which emits or may emit any air pollutant.” Consequently, all previous CAA section 111 performance standards were based on technologies and practices that could be applied by and at the source.

Abruptly departing from the text and the agency’s historic practice, the CPP requires states to establish performance standards more stringent than any individual fossil-fuel power plant can meet through measures implemented by and at the source. For example, the CPP establishes an emission performance goal for existing coal power plants of 1,305 lbs. CO2/MWh. That is beyond the capability of even new highly efficient super critical pulverized coal power plants, which typically emit about 1,720 lbs. CO2/MWh.

To comply with unattainable standards, the CPP expects power plant owners or operators to reduce grid-wide emissions in their capacity as actors in the electricity marketplace. CPP compliance options include purchasing power from lower-emitting facilities, investing in new renewable generation, buying emission credits from other facilities that over-comply, or simply reducing output, which cedes market share to lower-emitting facilities.

In effect, the CPP regulates the “U.S. power sector” as if it were a single source, with individual power plants—the actual sources as defined in CAA section 111—conceived as mere cogs in a vast machine. However, the power sector cannot be a “source” because it is not a building, structure, facility, or installation. The power sector is a market process comprised of hundreds of sources, hundreds of non-emitting generating units that are not sources, and millions of customers who do not produce power.

Or, as the ANPRM sums up the issue, best system of emission reduction “must be based on a physical or operational change to a building, structure, facility, or installation at that source, rather than measures that the source’s owner or operator can implement on behalf of the source at another location.”

The ANPRM requests information on how EPA might replace the CPP with a new regulation “limited to [CO2] emission reduction measures that can be applied to or at an individual stationary source.”

Why EPA should not replace the Clean Power Plan

While I completely concur that lawful CAA section 111(d) emission performance standards must be based on measures that can be applied to individual sources, even a replacement rule based on such measures would still be unlawful. Four separate statutory reasons lead to that conclusion.

Historic practice. The ANPRM suggests that BSER for existing power plants could be based on “equipment upgrades” and “good practices” that increase the efficiency by which those facilities convert heat into electricity. The improvement in thermal efficiency would, in turn, reduce CO2 emission rates. Such measures would be applied by and at the source. Nonetheless, such a BSER is inconsistent with the EPA’s practice of more than 40 years.

Until the Clean Power Plan, the EPA always based Clean Air Act performance standards for both new and existing sources on specific emission control technologies, not recipes to improve the source’s operating efficiency. It would be ridiculous, for example, to define BSER for primary aluminum plants in terms of incremental efficiency gains rather than in terms of technologies that can actually control fluoride emissions. The ANPRM’s suggested BSER is inconsistent with the statutory understanding reflected in EPA’s historic regulatory practice under Clean Air Act section 111.

Non-existent BSER. The Obama EPA claimed carbon capture and sequestration (CCS) is the “adequately demonstrated” BSER for new coal power plants. That was highly dubious, because no utility-scale CCS power plant has ever been built without hefty government subsidies. Even with subsidies, CCS power plants are not economical unless they can sell the captured CO2 to firms engaged in enhanced oil recovery. A BSER must be “broadly applicable,” but many coal power plants are not located near enhanced oil recovery operations. Besides, even the Obama EPA acknowledged that retrofitting existing power plants with CCS technology is too costly to pass muster as BSER.

The Trump EPA should acknowledge the reality that its predecessor refused to face: An adequately demonstrated best system for reducing CO2 emissions from existing power plants does not exist. Absent a bona fide BSER, Clean Air Act section 111(d) may not be used to regulate CO2 emissions from those facilities.

Contrary to congressional intent. As EPA’s 1975 implementing rule explains, one of Congress’s major purposes in enacting CAA section 111(d) was to enable EPA to control air pollutants ineligible for regulation under the national ambient air quality standards (NAAQ) program. Such pollutants may not be regulated under the NAAQ program because they are not emitted by “numerous or diverse sources.” However, carbon dioxide is emitted by both numerous and diverse sources. It is exactly the type of ubiquitous “air pollutant” Congress did not intend to be addressed by CAA section 111(d).

As the 1975 implementing rule also explains, CAA section 111(d) was designed to address air pollutants with “highly localized” effects. For such pollutants, proximity to the source chiefly determines the associated health risks. In contrast, the CO2-greenhouse effect is global, not local. Whatever the impacts of CO2 emissions on global climate, or climate change on particular communities, the potential health and welfare risks are not affected by proximity to the source.

In short, carbon dioxide and CAA section 111(d) are a total mismatch. 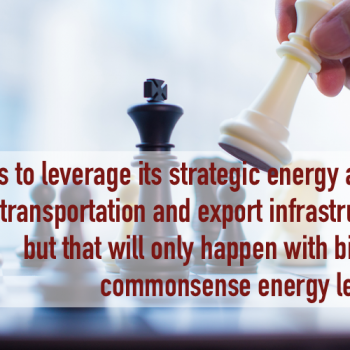