Infrastructure Package Could Mean a Win-Win for a Divided Nation

Infrastructure Package Could Mean a Win-Win for a Divided Nation

These are certainly turbulent times in Washington. But just as partisan division appears to block progress, a new political consensus could emerge on a key initiative—and one that could provide the equivalent of long-term healthcare for the economy. In President Trump’s State of the Union address tonight, we’re likely to hear him declare that a major priority of his administration will be to rebuild America’s crumbling infrastructure. With some smart strategies, a comprehensive infrastructure package could bring both parties together while improving the nation’s structural landscape.

Most Americans are painfully familiar with the deteriorating systems that make infrastructure such a pressing issue. Bridges and roads need repair, as do waterworks, highways, rail lines, and even locks and intermodal waterways. Congested highways and airports inconvenience all of us, costing the economy real money and lost productivity. It will be costly to rebuild them, but the consequences of ignoring necessary repairs could be even greater.

It’s time to start preparing for our infrastructure challenge. A good place to start would be to improve access to the vast amounts of minerals and metals we’ll need for the task ahead. From iron and steel for new bridges to copper, zinc, and other metals required for transit, Internet, and power systems, the nation’s mining industry will be busy. They will need to mine more silver for electrical and water filtration systems, and to extract molybdenum for the alloys used in large buildings. Thankfully, the United States is blessed with an estimated $6.2 trillion in minerals reserves.

But the U.S. is also burdened with one of the world’s least-efficient mine permitting processes. Delays of between seven to 10 years are now common before a major mining project is approved. The streamlining of this permit process should be an immediate priority.

While roads and bridges are the most visible part of an infrastructure rebuild, there’s also a pressing need to expand shipping ports and to improve inland waterways. If America hopes to sell more goods overseas, and to reduce its massive trade deficit, we must move our commodities to market more efficiently. This includes the deepening of export terminals and the constructing of new ones on the West Coast for better access to growing Asian markets.

The U.S. has the world’s most abundant resources of coal, along with growing supplies of other energy sources. But our potential to export coal and other energy to Asia is hampered by a lack of terminal capacity. In 2012, the American Society of Civil Engineers found that the nation’s outdated ports and inland waterways would require $30 billion in upgrades by 2020. Last year, the Journal of Commerce reported a $100 billion jump in the cost of port improvements. It’s past time to redesign and expand shipping and inland waterways so that domestic producers can bring these commodities to market.

Astonishing improvements in industrial technologies can transform the environmental and efficiency performance of our factories and power plants. But we need to build new ones—or retrofit existing facilities—with best-in-class technologies. For that, we’ll need to address existing policies that actually discourage plant upgrades and emissions reductions because of the time and uncertainty in securing federal permits.

Whether it’s bridges, rail, ports, or energy capacity, infrastructure investment could provide a win-win for Americans of all political stripes. Smart investment will reach across the mining, steelmaking, construction, and energy sectors. Rebuilding America’s infrastructure will be a big task, but the long-term, its benefits will be even bigger.

Hal Quinn is president and CEO of the National Mining Association.

The Builder from Queens 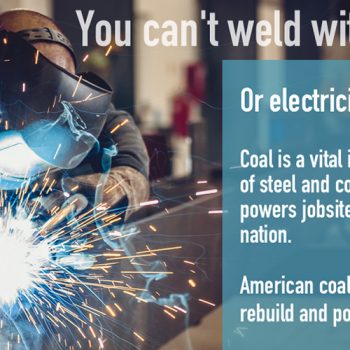