The Clean Power Plan Is Irrelevant

The Clean Power Plan Is Irrelevant

Signed under the Obama administration but still not enacted, The Clean Power Plan (CPP) called for a 32% reduction in power sector CO2 emissions by 2030 (compared with 2005 levels) but is now in the process of being repealed under the Trump administration. This decision is consistent with American norms because it leaves the future of our power system to the free market, stopping the government from picking energy winners and losers with policy.

In fact, many believe that the CPP wasn’t even legal, justifying the nearly 30 states attorneys general that were suing the U.S. Environmental Protection Agency to block the plan. In fact, one Harvard Law expert tabbed the CPP “unconstitutional,” a violation of the 10th amendment and states’ rights, here. The repeal proposal reports that the removal of the CPP would save the country $33 billion, here.

We are seeking emission reductions via more natural gas, more wind and solar, and more clean coal, but the rules must be fair and based on extant technologies: the use of coal under the CPP, for instance, would have required carbon capture systems that aren’t yet commercially viable. Unmentioned, the CPP would strand massive clean energy investments already made: it unfairly disregards the $135 billion spend by the coal industry deploying clean coal technologies since 1990. That matters.

The CPP would have increased electricity prices unnecessarily, most dangerous for our most vulnerable because higher energy costs take away from other critical spending, such as on one’s health. The Pacific Research Institute, for instance, has concluded that the CPP would have raised electricity bills for an African-American family in Ohio by around $410 annually.

Thanks to our free market system, we enjoy some of the lowest electricity prices in the world. For example, heavy handed environmental regulation forcing renewables in the European wind power capitals of Denmark and Germany have left them with home power rates in the 40-45 cents per kWh range, compared to just 12-13 cents here in the U.S. And ironically, all the while, our emissions are declining much faster, here!

Indeed, it’s extremely telling that the two states most vigorously defending the CPP, New York and California, have the two highest electricity rates in the country (besides Hawaii), at 45-55% above the national average. Moreover, New York and California have consistently been ranked as the two worst states for business, no doubt hurt by much higher energy costs that strain the budgets of both families and businesses, here.

Additionally, I’d argue that it’s not possible to prove the reduction in climate change that would result from individual U.S. regulations on emissions because climate change by definition is a global phenomenon, based on world emissions in aggregate. This really means that policies to decrease extreme weather events in the U.S. have to take into account decisions made in other countries, decisions made outside of our own control – like coal usage in China and India. These are undeniably unknowable.

Don’t be duped: The New York Times reports that “Chinese corporations are building or planning to build more than 700 new coal plants at home and around the world.” And Politic0 headlines “Why China is no global leader.” This is why the CPP is based a theoretical reduction of 0.03 [degrees Celsius] in warming by 2100, here.

Continuing, as for reducing U.S. emissions, the free market is  obviously already working quite awesomely. Our power sector emissions continue to uniquely decline, in contrast to other sectors (see Figure). In fact, we have the fastest declining CO2 emissions of all nations. Thanks largely to natural gas surging its share of power from less than 20% to 33% over the past 12 years, we are already 70-80% on the way to meeting the CPP goals anyways. Let our electric power system continue on its journey!

The purposed health benefits of the CPP – and how those benefits were derived at – are highly problematic. As I have shown, for instance, a simple scatterplot questions the link between coal and its CO2 emissions and asthma, here. And there seems to be some serious “double counting” going on under the promoted CPP benefits, here. That’s mostly because the emissions of criteria pollutants NOx, SO2, and PM have been regulated for decades, but they are erroneously counted in the claimed benefits of the CPP.

But, let me conclude with the most important thing to remember, one that is unsurprisingly ignored. Wealth (i.e., having more money) is the basis of our health, not our drastically improved air quality, here. Horrifically, we still have 50 million Americans living in poverty, and globally some 6 in every 7 humans live in undeveloped nations. Tragically, these people have now become  a complete afterthought. And that’s no wonder: it’s far more difficult to find real solutions to worsening poverty today than it is to formulate regulations based on predicted benefits far down the road.

I guess that’s my biggest problem with our environment-energy discussion continuing to be led by tenured academics, privileged lives in the cozy Ivory Towers of Harvard, Cal Berkeley, Stanford, and even the Climate Institute of…you fill in the blank. Their jobs are never on the line. Unless they do something really, really dumb, these researchers will never actually lose their jobs when the policies their careers are based on promoting are enacted and costs increase for their respective employer. 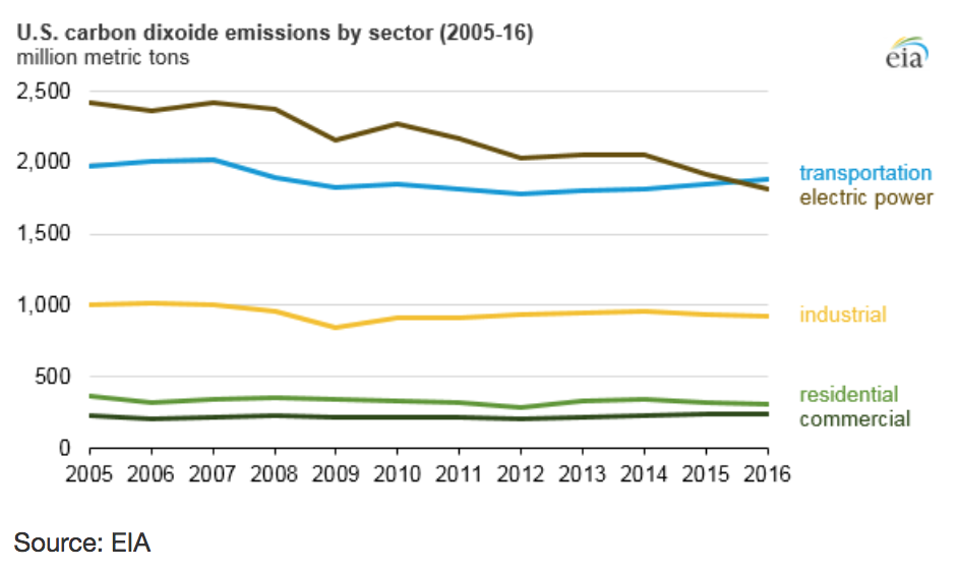 Wisconsin Could Benefit from Revisions to Electric Grid