In January, the Obama administration announced a three-year moratorium on the leasing of new coal reserves located on federal lands. The ostensible reason for such a moratorium, as Interior Secretary Sally Jewell subsequently explained, is to review current leasing procedures and to make sure that taxpayers receive a fair return for publicly held coal.

The implicit suggestion of course is that federal coal might be undervalued. But this sets up a glaring contradiction with the other motive behind the moratorium: to reduce carbon dioxide emissions from power plants by keeping coal in the ground.

This week, the Interior Department holds its first hearings to determine the advisability of such a moratorium. What will likely emerge from these sessions is an administration policy chasing two entirely incompatible goals. Interior wants to increase the benefit to taxpayers of a program they believe undervalues a public resource. But they also want to satisfy climate activists hoping to end a federal coal program that currently yields $1.2 billion annually for the federal coffers. If climate activists win, taxpayers lose.

The overall revenue produced by federal coal is not insignificant. Coal leased from federal lands has generated more than $12.6 billion in royalties, rents, and bonus payments over the past decade. In fact, the argument that taxpayers are somehow denied a fair return from the current federal coal program falls flat. The 12.5 percent royalty paid on coal leased from federal land is approximately 40 percent higher than rates paid for coal mined on private land in the Midwest and Appalachia. Companies also pay additional fees based on the coal under lease, which helps to explain why recent investigations by the Government Accountability Office and the Department of the Interior’s Inspector General have found no reason to overhaul the program.

It’s important to note that the coal mined from these reserves accounts for 42 percent of total U.S. production. Since coal currently generates 35% of total U.S. electricity production, a moratorium would inevitably eliminate a major portion of domestic coal supplies, with serious consequences for the supply of affordable power. This is particularly troubling since coal has long played a central role in anchoring a stable, reliable mix of electricity sources nationwide. A study by IHS Energy found that coal saves ratepayers roughly $93 billion in annual electric bills.

A key rationale for the moratorium, however, is to address climate change. But the contribution from the federal coal lease program on global emissions, let alone on global temperatures, is so insignificant as to be almost unmeasurable. Even the administration’s Clean Power Plan, aimed squarely at shutting down coal generation, would reduce global CO2 emissions by less than 1 percent. The moratorium is therefore a largely symbolic gesture.

Similarly, coal exports from federal lands are negligible. The argument that America is somehow exporting greenhouse gases makes little sense when one considers that, in the highest export year to date, only 3 percent of coal leased on federal land was exported. Courts have rightly judged that this “impact” is too insignificant to be properly assessed.

Undaunted, the Obama Administration has floated the idea of increasing the royalty rate for leased coal. But doing so would squeeze coal producers already operating on a tight margin, and in a market where 41,000 coal miners have lost their jobs since 2011. Higher royalties will end more high-wage jobs and discourage production, keeping affordable energy off the market and revenue from taxpayers.

The federal coal leasing program fairly values an important public resource and generates substantial revenue for America’s taxpayers. Multiple reviews by federal and state agencies continue to ensure that the environment is protected. A move to replace the current program with costly new fees and higher royalties, or with a flat-out moratorium, serves no legitimate public purpose. Hopefully, the hearings by the Interior Department will reveal the full value of this longstanding program while also recognizing the cost of weakening it. 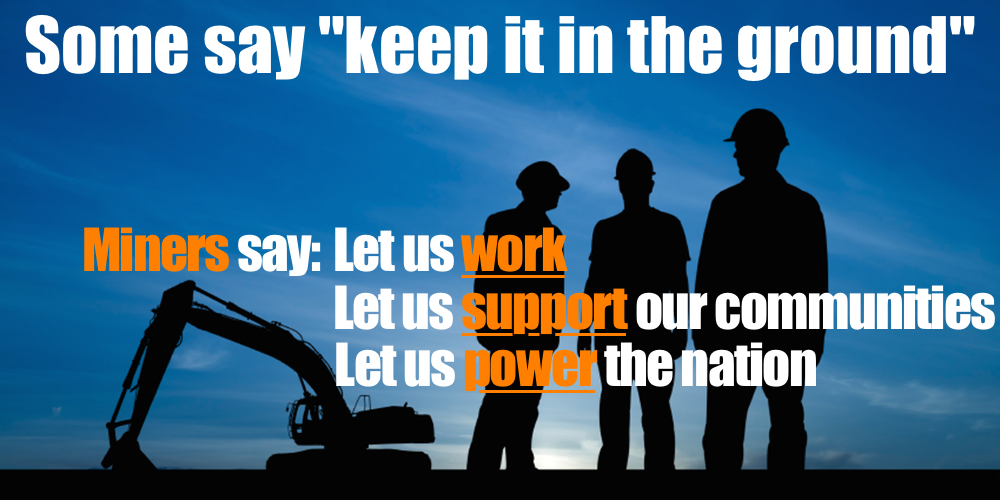