Environmental Protection Agency power plant regulations are projected to raise electricity prices in the coming years, forcing struggling families to pay more for energy. But African-American communities will be some of the hardest hit by the EPA’s “Clean Power Plan,” according to a new study.

“These harmful regulations are going to drive blacks into government dependency,” said Borelli, who is an African American. “By harming the fossil fuel industry, you’re harming hard-working Americans.”

The EPA proposed a rule last June that aims to cut carbon dioxide emissions from existing power plants by 2030. The proposal is projected to raise electricity prices 6.5 percent as coal-fired power plants are shuttered, but the impacts will be even more pronounced in states heavily reliant on coal power. Ohio gets about 70 percent of its electricity from coal.

Since African-Americans families have smaller budgets on average than the average Buckeye State family, they would be hit disproportionately hard, which is worrisome since this group “is already suffering from stagnant incomes and high unemployment,” reads the PRI study. The average Ohioan family will see its energy spending increase too due to EPA rules, but only from 2.9 percent of their yearly income to 3.9 percent. African-American families saw their energy costs reach 5.8 percent of their income or higher.

“Households in lower-income African-American neighborhoods would be hardest hit with the cost of electricity equaling 26 percent of household income, or even higher,” reads the soon-to-be-released PRI study.

African-American groups have been split on their support for the EPA’s rule, which is part of President Barack Obama’s larger push to address global warming. The National Black Chamber of Commerce has warned that the EPA’s rule could “be devastating to small businesses” and would hit black-owned businesses “more directly, and more severely, than any other group.”

The NAACP, on the other hand, has fully backed the EPA’s Clean Power Plan. NAACP’s Interim President Lorraine Miller commended Obama and the EPA for “taking such a bold step for environmental justice in protecting our most vulnerable communities.”

“African Americans overwhelming live in areas where millions of tons of carbon pollution are trapping, concentrating, and intensifying the myriad of toxins they breathe every day,” Miller said. “And as we have witnessed with natural disasters like Hurricane Katrina and Sandy, which are part of a pattern of shifting climate conditions driven by power plant emissions of carbon dioxide, our black and brown communities are being hit first and the worst.”

Borelli, however, disagrees that shuttering coal-fired power plants will bring benefits to black communities. She argues that if the NAACP really cared about these communities it would not support the EPA rule.

“I see them as selling out black Americans,” Borelli said. “These are the elites, they can afford energy at any cost. They are harming those who can’t afford to pay for energy at any price.”

Winegarden notes that by driving up energy prices, the Obama administration may also drive more Ohioans, black and white, into energy poverty, requiring taxpayers to pay for these families just to keep the lights on — or the heat on during winter.

“Now you have to increase energy subsidies and increase government revenues to pay for this,” Winegarden said. “That means more tax revenues.”

According to Advanced Energy For Life, a project of the coal company Peabody Energy, about 115 million Americans currently qualify for energy assistance and “more than half of Americans have said that as little as a US$ 20 increase in utility bills would cause hardship.”

“African-American households will be disproportionately affected as well,” the PRI study reads. “The impact on African-American families will exacerbate the economic challenges confronting this demographic group, which is already suffering from stagnant incomes and high unemployment.” 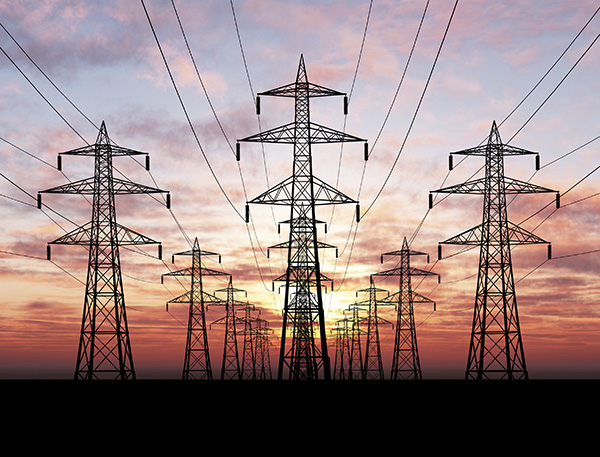